Merry Christmas to you!!

Merry Christmas and a Happy New Year from my family to yours!!
Is it weird that i keep humming the dang Lexus tune from the commercials?? No, it's just super annoying!! On the other hand do you think it'd be okay if I demanded a BIG RED BOW on all of my gifts....nah I'd just get the AYOOYM look- oh that means "ARE YOU OUT OF YOUR MIND" hahaha!
Well, I probably won't be back on here till after the New Year - maybe!  I can't stay away too long.  I wanted to say thank you to all of my new readers and visitors.  Thank you for stopping by and for all of the lovely comments.  I hope that you will stick with me in the New Year....I have tons of projects that I have started - furniture re-do's, guest room make-overs, sewing products, food recipes.....I've been really busy.  I can't wait to share.
Here is a snazzy little tune that I found for you, Enjoy!!

Just a little funny and sarcasm for your busy Tuesday! 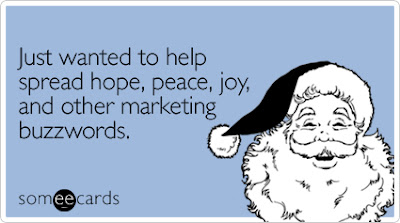 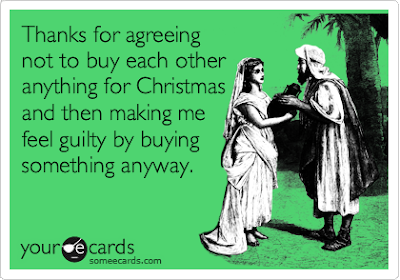 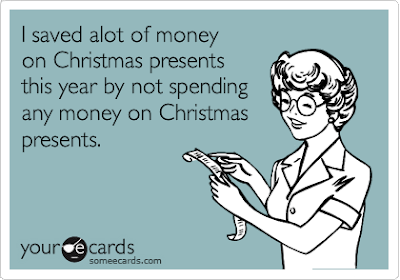 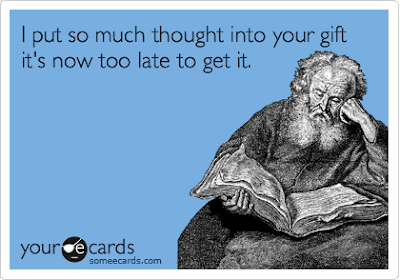 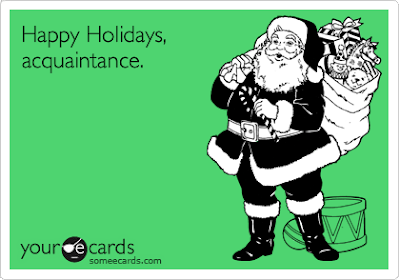 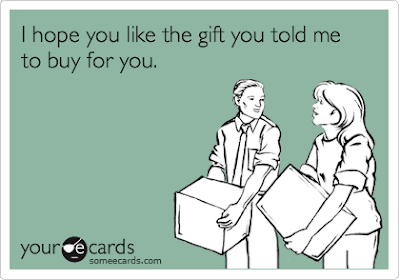 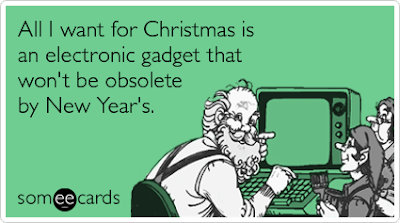 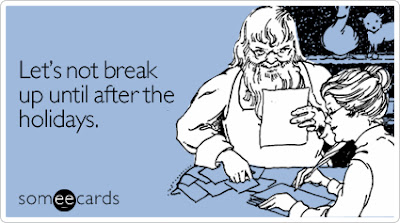 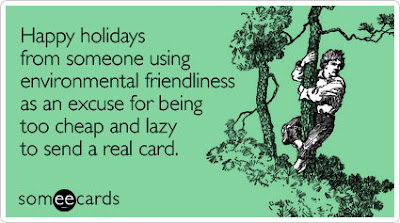 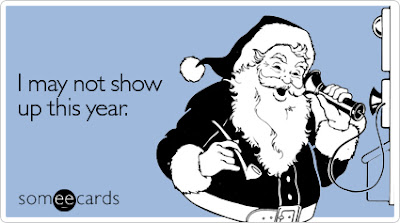 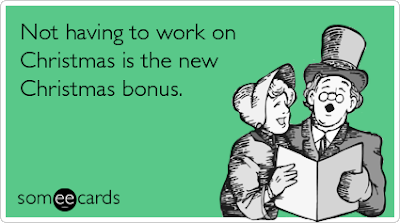 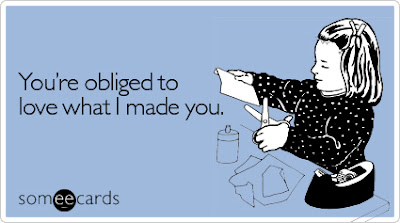 
Can you believe that this weekend is Christmas already!!  I can't....it's coming too fast!  Where's the pause button?


Well here is a semi-tutorial for a simple tote bag.  Everyone one can make bags, well at least I hope you can. So I won't bore you with too many details, I'll just make you go insane with all the pictures!! hahaha!!  If you haven't noticed already, I like to post lots of pics. I'm not that much of a writer so I post pics, duh!


Here is a tote that I've been working on for a while, only because I have had so much stuff to finish.  This is a birthday present for my besties daughter. Which I call my fake niece....I'm her aunt but not by blood! Her birthday was on Nov. 29, so yeah I'm pretty behind on it! I guess it's gonna be a Christmas gift now. lol!  She turned 13 years old, oh my....where have the years gone?  Now I do feel old.

Many people sew totes differently, I usually sew mine 2 different ways. I always get compliments. Which is a good thing!


Here are the 2 ways I sew totes:
1) I sew 1 outside shell with gussets, 1 inside shell with gussets. then fit the shells together and sew the top, pockets and handles. It can be reversible.
2) I sew 1 outside and 1 inside together to make a wall, then sew both walls together, make the gussets and expose the guts (seams) as like to call them. If the inside is a solid color the exposed seams give it a pop of color when you open the bag. I'll have to post a pic so you can see what I'm talking about.
Totes can come in all shapes and sizes, shore and wide, tall and skinny.  So it's up to you to decide those dimensions.
On to the bag!! 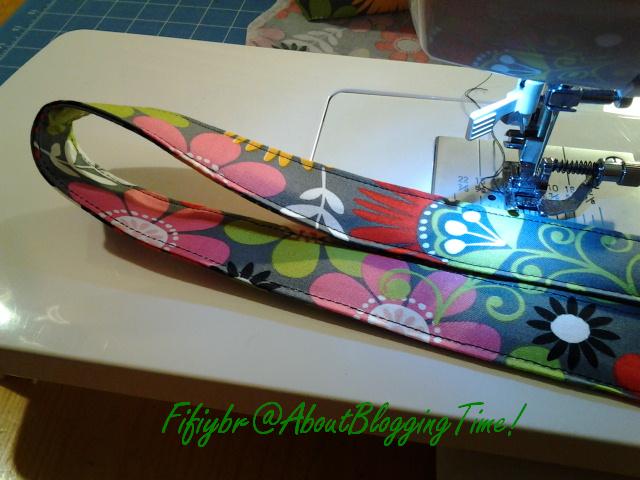 Semi Wordless-Wednesday - In the Craftroom

This is my pin-cushion.....don't judge!! Hahaha!!
Let me introduce you to Ms.Blob!
She's been with me for a while. Always here to hold a pin, needle or anything that comes her way.

Don't you just love the Holiday's??

Head on over to midwestern {sewing} girl to link up pictures of your Christmas Tree!!  What a neat way to showcase your tree!!   She will also be having a give away. Hurry on over!!
Thanks Maggie you're super awesome for doing this!

Email ThisBlogThis!Share to TwitterShare to FacebookShare to Pinterest
Labels: Christmas, give away, link up

Someone please answer me this!
Why would someone leave a $13 million inheritance to a CAT?  His name is Tomasso.
Cash, property in Rome, Milan and land in some place called Calabria.
Here is the story if you'd like to read it.
Oh don't get me wrong I have two adopted cats that I ♥ so much.  I love cats and dogs, and fish and turtles but I would definitely be leaving that cash to some real people. Maybe some less fortunate people!! Yes, this was a rescued stray cat but really $13 mil......I think maybe $100,000 would've been suffice and I'm being generous.

This is just to insane, it hurts my my heart knowing that this cat has all of this! What is he gonna go skiing, visit Hollywood or learn how to speak HUMAN!!  I'm sure this 93 year old lady was super nice and just amazing, but how can you not be aware of poverty. I'm sure there is poverty in Rome.

Email ThisBlogThis!Share to TwitterShare to FacebookShare to Pinterest
Labels: love, money, people, pets, unfair, WHAT??, why

I needed a laugh this afternoon!!  This day has been dragging, I'm sooo ready for the weekend.
If you need a laugh too then by all means press play!!
CAUTION : there are a lot of curse words! I'm just warning people that may be offended by these bad words.

This stick figure animation always cracks me up!

I hope everyone has a fantastic weekend!! Get finished Christmas shopping, enjoying a movie or what ever makes you Happy!
Posted by Fifi at 12/09/2011 04:06:00 PM 5 comments: Links to this post

This google+ thing is soooo confusing and it's making my head hurt!!
Just thought I'd let you all know!

Guess what I did last night?

Besides burning my finger tips off.  Yup, I made more Pebbles Pics.
Well this batch was made with different Christmas pics.
Again, this is not really a tutorial since I didn't take any pics of the how-to part.  But they are super easy to make and make great little gifts.
Here's what was used:
glue gun/glue sticks
glass pebbles from $ store
scissor/blade
magnets
Christmas pics
Once you decide on the pics you will use,  apply glue to the flat side of the pebble and press firmly on to the pic until all the air bubbles reach the end.  Then let the glue cool, now you are ready to cut the excess glue and paper off. (Adults should do this part if you decide to make this with kids.) Since I use the magnet tape, I just cut off a piece and remove the backing and stick onto the pebble pic.

Well I hope you liked my Christmas Pebble.

Fifi
Welcome to About Blogging Time! I'm Fifi. Wife to the most amazing man. Mom to 2 bad furbabies Stella and Ms. Betty. Finally expecting a real human baby....lol! I'm due in January! I'm a Crafter-Sewer-Creator-Baker-Bloggerista. I'm happy you stopped by.

Thank you for stopping by AboutBloggingTime! I'm really happy to have you. I am also Happy to share all of my content with you, but please remember that I do reserve all the rights to the photos, blog posts and all the other content of this website. You can Pin your little heart out or use my ideas, but I ask that you please credit AboutBloggingTime and add a link to my blog if you use one of my ideas.